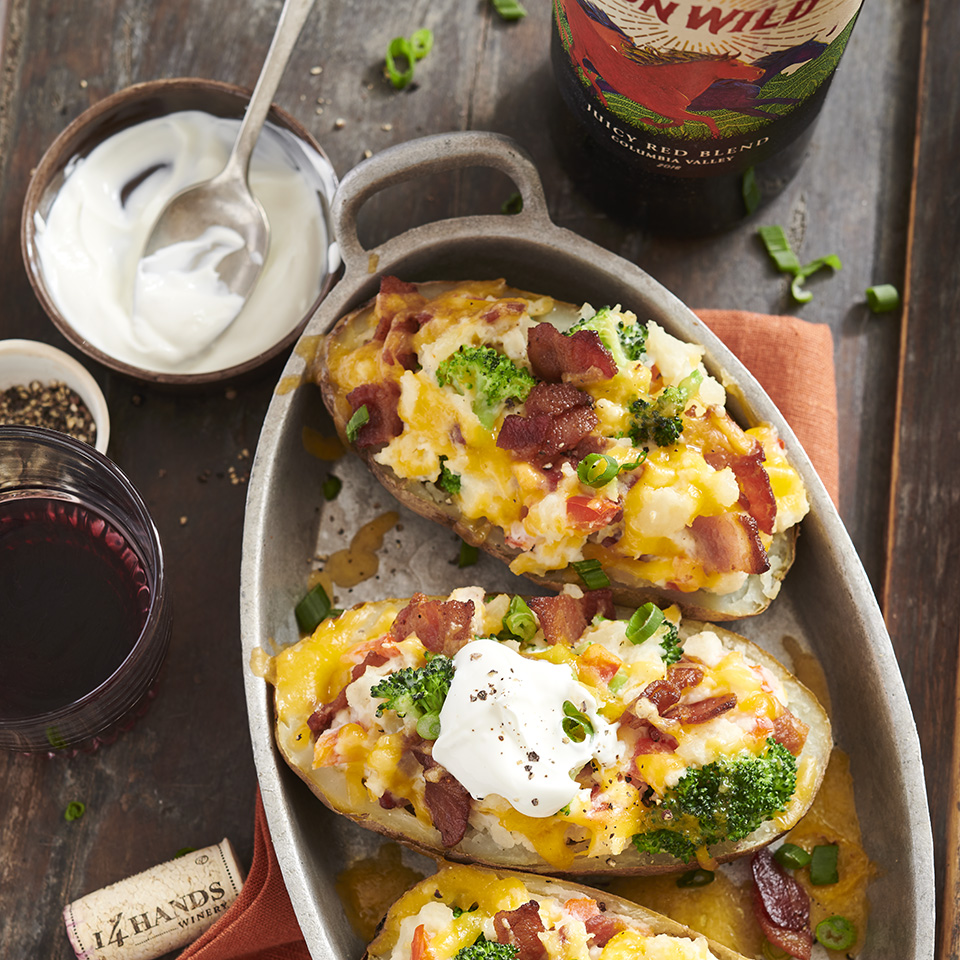 Step 1
Preheat an oven to 400 degrees F. Pierce each potato with a paring knife and roast in the oven until tender, about 1 hour, depending on the size of your potatoes.

Step 2
Meanwhile, dice up the bacon. Heat a saute pan over medium heat and cook the bacon until crispy, about 7 minutes. Drain the bacon fat and reserve.

Step 3
Return the saute pan to the heat and add the reserved bacon fat. Cook the broccoli and red pepper for 2 minutes. Add the water and allow to cook until water has evaporated. Remove from heat.

Step 4
When potatoes are done cooking, remove and allow to cool until you can handle them. Cut them in half and with a spoon, scoop out the insides, leaving about 1/4 inch border on the skins.

Step 5
Place the scooped-out potato in a bowl and mix with half the bacon, broccoli, red pepper, sour cream, salt, pepper, and half the Cheddar. Divide this filling back among the potato skins.

Step 6
Return the stuffed potatoes to the 400-degree oven and bake until heated through, or until an instant-read thermometer reads 165 degrees, 10 to 12 minutes. Remove and top with remaining bacon, Cheddar, and green onions. 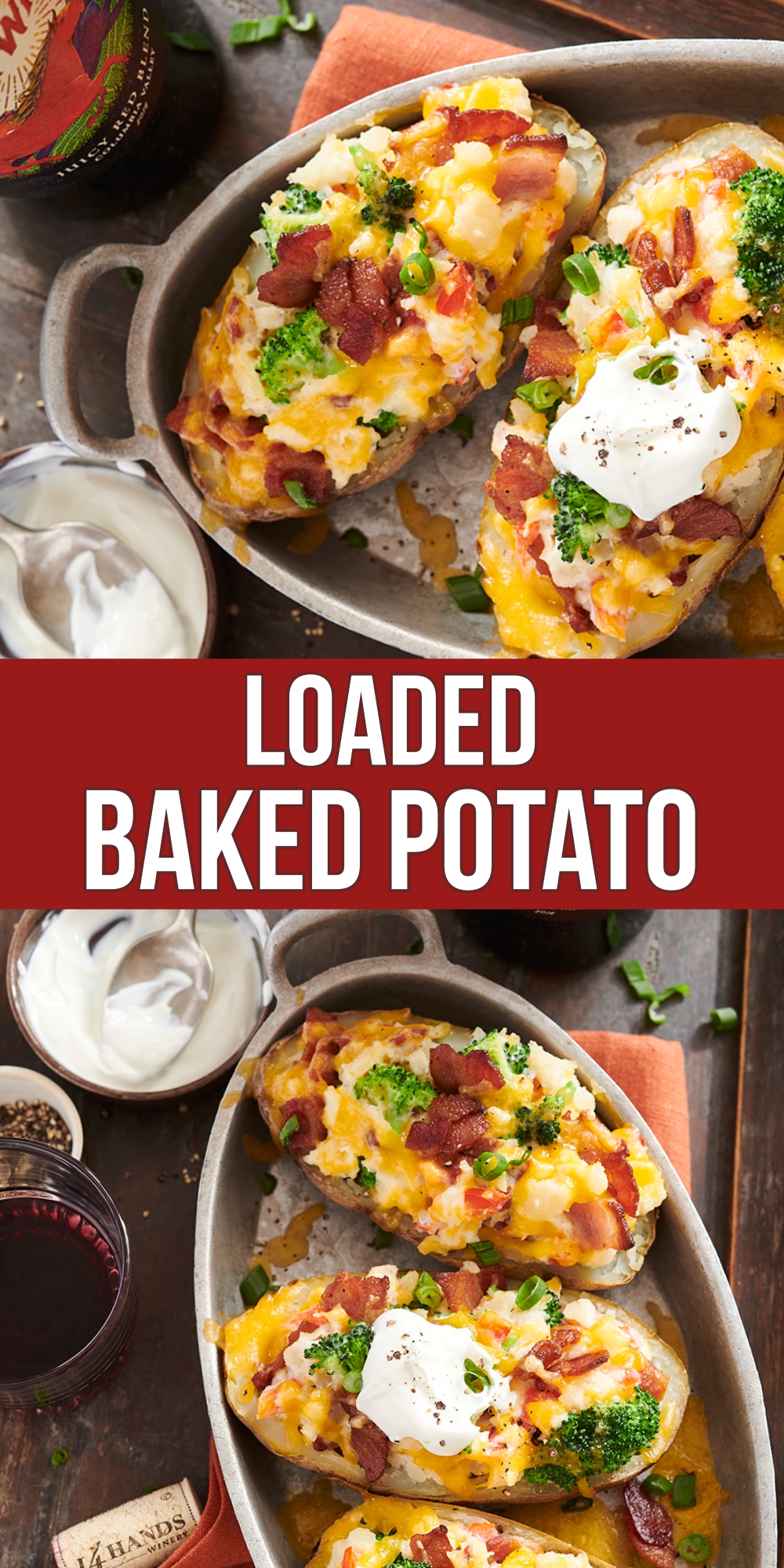